The Cloud is a fantastic enabling technology and, most importantly, it’s the great equalizer. That’s really the best reason there is. The Cloud lets startups and small business do things that used to be exclusive capabilities of only the largest of multinationals, like having multi-geography workloads to be closer to users, or having multi-region levels of resilience, and being able to test these and then tear them all down afterwards, without being locked-in to lengthy data center contracts or needing a dizzying number of zeros in your bank account to even consider it.

JV Roig is a cloud technologist and the field CTO for Cascadeo, a public cloud managed services provider and IT Transformation partner.

We caught up with JV to ask him a few questions.

Cascadeo: How long have you been an AWS ambassador, and what inspired you to apply?

AWS Ambassadors have pretty cool perks, like access to innovation credits and participating in roadmap conversations with AWS service teams. For a tech tinkerer like me, that’s pretty exciting.

Perks aside, though, being an AWS Ambassador lines up well with the most visible part of the  job as Field CTO: thought leadership and evangelization. It was a no-brainer in that sense—the extra perks and prestige of being an official AWS Ambassador makes that part of my job much better.

Interviewer: Tell us about one of the most interesting AWS projects you worked on in the last year.

JVR: Serverless! (This is going to be a common theme!

I have a personal project (whose Open Source component will soon be publicly available) with the goal to drastically lower the barrier to entry for serverless application development. And it isn’t just Lambdas all around—one of its key features is that it abstracts not just the various serverless technologies and concepts using dev-friendly terms (so that devs don’t have to essentially be cloud architects first to get anything done), but it also abstracts NoSQL modeling. The database is serverless and just an API, but to the devs and users, it looks and feels like a traditional “serverful” RDBMS-driven app.

Cascadeo: What’s your take on the public cloud—whether it is AWS, Azure, GCP, Alibaba or others? Why do you think people should care about cloud technology?

JVR: The Cloud is a fantastic enabling technology and, most importantly, it’s the great equalizer. That’s really the best reason there is. The Cloud lets startups and small business do things that used to be exclusive capabilities of only the largest of multinationals, like having multi-geography workloads to be closer to users, or having multi-region levels of resilience, and being able to test these and then tear them all down afterwards, without being locked-in to lengthy data center contracts or needing a dizzying number of zeros in your bank account to even consider it.

Essentially, that’s the Cloud. We aren’t just talking about “it’s someone else’s server,” even though that’s true. It’s the infrastructure, yes, but it’s also really the available services on top of these available infrastructure that make the Cloud “The Cloud” and not just yet another data center to colocate at. Today, you could be doing testing and standing up 20 different types of virtual machines (VMs) to test your application, and decommissioning all of them. Tomorrow, you could be experimenting with connecting your applications to different machine learning (ML)  services. Next week, you could be trying out different purpose-built database services to see which is a better fit for a new app or feature. And next month, you could be experimenting with re-architecting your entire stack to serverless technology because you’ve seen the light.

The Cloud gives you that sort of power to innovate and tinker, and it’s really powered by the services, not just the infrastructure that underpins it.

Cascadeo: What is a technology that you are excited about?

JVR: Serverless! AI is a close second, but serverless is where the majority of my headspace and excitement is at right now.

I’ve already mentioned my personal project, so I’m not going to be repeating that. Instead, let me share why I’m excited about serverless.

Serverless is essentially the ultimate expression of pay-per-use. We don’t think of it often, but that’s how we are charged for the most important utilities in our day to day—for example, electricity and water are typically metered and charged according to consumption. Serverless brings that to computing. 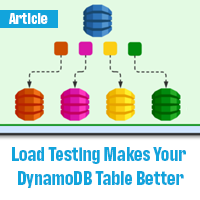 JVR: I love writing about DynamoDB (serverless database), it’s just super interesting to me – and this one has about 3-5x as many views and reads as anything else so far, so the audience seems to agree! JVR: Very close to my heart because it’s all about serverless, and why it should matter to you: insane cost efficiency. JVR: I love how the infographics turned out, and I loved being able to write about it as it’s a common topic in customer encounters.

Now you can be less worried about over-provisioning or overpaying for your infrastructure, and have the peace of mind that you will get billed fairly according to actual usage.

For example, if you had a busy office ERP running on a cluster of VM or kubernetes nodes right before COVID hit, and the pandemic depressed business activity by almost 100% due to lockdowns…, then you’d have just suddenly found yourself drastically overprovisioned, paying for a cluster that is essentially doing next to nothing.

Of course, it’s not just pandemics we need to watch out for. Idle compute time happens regularly like on holidays, weekends, even simply for random fluctuations in demand. Being serverless means you don’t have to care anymore. You are, essentially, now immune to overprovisioning.

And that’s really just the tip of the iceberg with serverless. We haven’t even touched on improved scalability and reliability, for example. It’s a pretty exciting field, and I’m eager to put my dent into it and help democratize this area of the Cloud.

Cascadeo: Give us a scoop: what is one thing that people may not know about you?

JVR: When I was much younger, I considered becoming a priest! I actually even stayed for 2 years in a seminary.