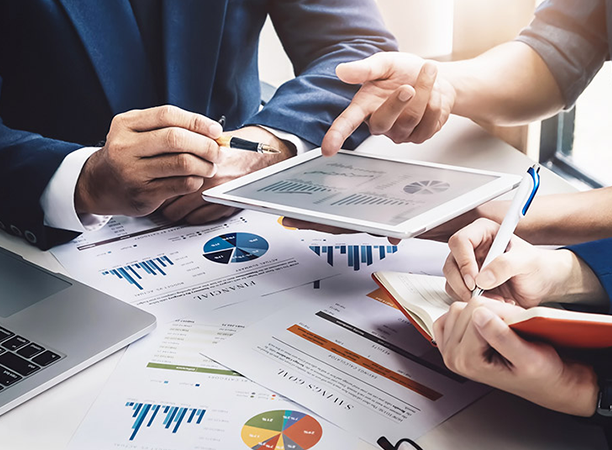 NexTec Group is a national consulting firm specializing in industry-specific technology to help you manage your business. This includes Enterprise Resource Planning (ERP), Customer Relationship Management (CRM) and Business Intelligence (BI), Cloud and On-premise solutions for mid-sized businesses. We started the company because, as consultants, we worked with software sellers that had never walked a mile in their customers’ shoes. We had, and knew that we could offer something different: a company made up of consultants that had experience working in the industries that we were now advising. In the 25+ years that NexTec has been in business, we’ve developed close working relationships with our customers, partners and each other. We are proud of our 95% customer retention rate. See: https://www.nextecgroup.com/

NexTec began in the pre-internet years serving clients who needed accounting and enterprise software. As they grew throughout the decades, expanding to geographically diverse locations, the manpower and time required to maintain on-premises servers in multiple cities, colocation data center servers with connections to each office, and eventually private cloud operations became overwhelming. Founder Russ Harper’s focus was spread too thin. He brought in Victor Johnson to take over some of those efforts, but NexTec still found that the private cloud service they’d signed up for was less reliable and efficient than they had hoped it would be. It became clear as NexTec’s customer base grew that public cloud managed services could provide the speed, reliability, and data management their clients require.

After considering Microsoft Azure and AWS, NexTec worked with Cascadeo to build an AWS cloud environment that streamlines operations considerably. “With your help, we’ve been able to have scripts developed that help us spin up new environments. So for instance, if we want a new Acumatica environment, the initial servers can be set up in a matter of  30 minutes, which is kind of amazing when you think back to how long it used to take to do those things. If we were doing that manually, it would take four to eight hours or longer.”

The transition was not without challenges. NexTec’s engineers have had to learn how the new models function and what their role is in maintaining them. In the public cloud, security functions differently, so NexTec has worked closely with Cascadeo’s Garrett Baserman to ensure that their systems are architected with security in mind.

NexTec considers its best customer relationships to be partnerships that evolve and continue in ongoing engagement.

NexTec now has the ability to serve their customers with more speed and agility, and to focus their internal efforts on innovation and service rather than server maintenance. NexTec and Cascadio are now partnering on disaster recovery systems, giving NexTec the ability to replicate their environment and very quickly come back online in under four hours. Harper reports, “When Victor started our disaster recovery plan was, renting a big box. It was basically a server with huge, hard drives on it, and you could spin up an image or two, I mean, more or less. It sat in somebody’s warehouse or colocation somewhere. And then we moved to a virtual version of that. All these steps have been incrementally better. Having this stuff now at AWS where it’s backed up, it’s highly available, it’s secure is a huge step in the right direction.”

Cascadeo is a Managed Services and Professional Services company devoted to fostering customer innovation. The Cascadeo philosophy is rooted in ethical engineering practices.

For us, this means listening carefully to client needs and creating individualized, purpose-driven solutions that are functionally effective, cost efficient, and meet the highest stakeholder expectations.

We custom build your initiative at every stage, from defining your cloud strategy through the design, build, automation, and management of your Cloud deployment.

Headquartered in Seattle, Washington and Manila, Philippines, Cascadeo is a division of Globe Telecom.  See: https://www.cascadeo.com/